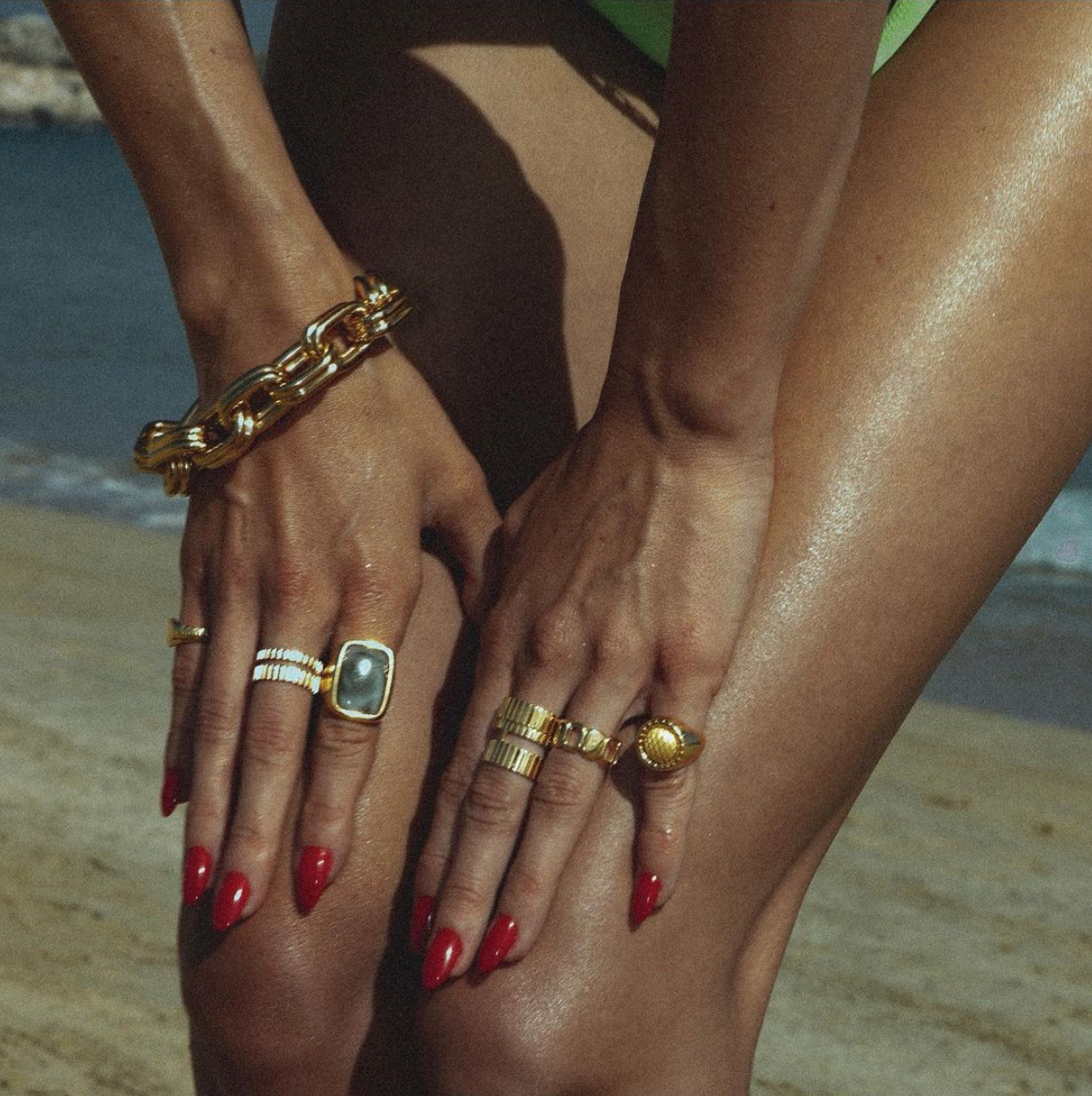 Ivi Kyratzi, the designer behind the IVI brand, comes from the island of Cyprus, where she was exposed to the luxury fashion industry from a young age. In 2007, Ivi relocated to the United Kingdom to study business, and in 2010 she moved to New York City to study fashion design at Parsons The New School of Design. After graduating from Parsons, she ventured to Los Angeles, where she now makes her home and gains design inspiration from the natural world around her.

In October 2016, Ivi met Gabriele Veneri, one of the jewelry industry’s most important manufacturers. Gabriele became a key figure in the development of the IVI brand. Together, Ivi and Gabriele created a strong synergy with a mission to create contemporary jewelry with well-thought designs and uncompromising quality.

IVI, named for the goddess of youth in Greek mythology (also known as Hebe), offers a collection of standout pieces that can be worn alone or stacked together. The collection is heavily inspired by vintage jewelry. Each piece embodies a combination of masculinity and femininity reminiscent of the late 70s, 80s and early 90s, a time in history when music was most deeply embedded in our souls and the freedom of the spirit ruled. Each piece of jewelry from IVI has a one-of-a-kind attitude, and always feels seductive, dressed up or paired with jeans and a t-shirt.

Lookbook
next Brand
24
This is some text inside of a div block.

There are no more brands

This is some text inside of a div block.
Go back to all brands

How can we help?

Thank you! Your submission has been received!
Oops! Something went wrong while submitting the form.